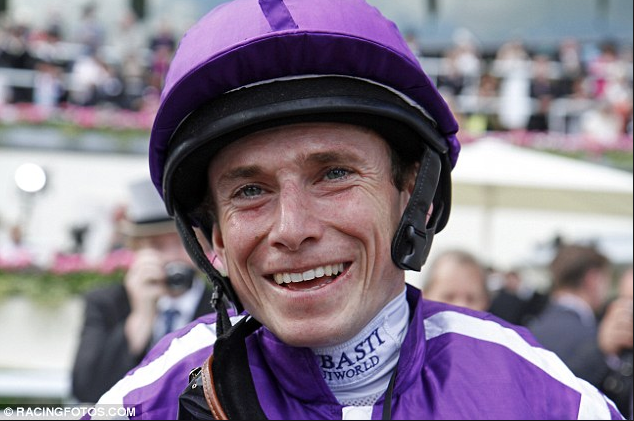 Ryan Moore’s EBOR Day 2 rides – his thoughts on his rides at York below courtesy of Betfair:

Straightforward as they come

The form of Angel’s Hideaway’s Newmarket second to Pretty Pollyanna gets better all the time, and she herself went on to post a very smart effort when winning the Princess Margaret at Ascot.

She isn’t penalised for that Group 3 win and she and my filly clearly set the form standard for the others to aim at.

I haven’t sat on Fairyland since she won on her debut but she has gone on to beat two smart stablemates in the Marble Hill and lose out by only a neck and ½ length in the Albany, in which Angel’s Hideaway and Pretty Pollyanna immediately followed her home.

I know you can’t take that form literally, as that pair have progressed since, but my filly had to do a lot of chasing that day and it clearly underlines what strong claims she has here. She is a lovely, straightforward filly.

Luck of the draw

He looks to have been pretty impressive in winning a novice over course and distance last time. Although he gets a 3lb penalty for that Class 3 win, he looks to be one of the form horses in here and he has a lot to recommend him from a midfield draw.

Luck will inevitably play a big role in this 20-runner race, though.

He won well from a poor draw for me at Chelmsford and then he again did it pretty impressively at Goodwood last time. He was always going well in behind the leaders there and I had to bide my time with the gaps not appearing, which I was happy with actually, but he quickened up like a horse going places when they did.

A 6lb rise is probably the most they could have given him for that ½-length win in a pretty bunched finish, but I was impressed at Goodwood and think he will be competitive once again here if getting the breaks. The tempo of these big-field handicaps seem to suit him. I just hope that his draw in 14 doesn’t prove to be a negative.

Should be back in the groove

There is a lot of depth to this race, that much is obvious with the likes of Laurens, Sea Of Class and Coronet in here. But Magic Wand should not be underestimated if on her A-game.

It was no surprise that Aidan reported that she came home with a dirty nose after the Irish Oaks, as that was clearly not her form. If she is back in the mood that saw her beat Wild Illusion by 4 lengths in the Ribblesdale, and the ground remains on the quick side, then she is in here with every chance. She felt like a Group 1 filly at Ascot.

Sea Of Class was good in Ireland and this long straight will suit her run-style, Laurens is probably underestimated because she doesn’t win by far, and I did like Eziyra when she won at Leopardstown.

Should go for a place

She has shown a consistently smart level of form since winning at Windsor in May and probably ran a career-best when second at Newmarket last time. More is required here with the likes of Sun Maiden and Lah Ti Dar in the race – I don’t think we saw the best of Sun Maiden at Goodwood, by a long way – but hopefully she has place claims again.