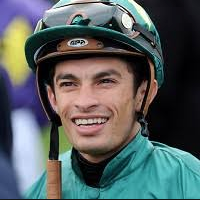 Below SdS gives his views on his chances at Goodwood this afternoon in his Silvestre De Sousa Blog – August 4th at 188Bet.

Tommy G (18/1 188Bet) – 1.50pm Goodwood (Stewards’ Cup Consolation)
First up I’m aboard Tommy G for Jim Goldie in the ultra-competitive Stewards Cup Consolation race. He was second in the race 12 months ago and even though he has had a busy campaign still seems to be in good form.
I’ve never actually ridden him before but am hopeful he can go well in a wide-open race. There are dangers all over the place but the one that caught my eye is Simon Crisford’s Maakaasib who has been knocking on the door of late.
Soldier In Action (8/1 188Bet) – 2.25pm Goodwood
Mark Johnston saddles five of the 14 runners in the next where I ride last year’s winner Soldier In Action for him. He’s got a lovely draw in stall three and has slipped to a workable mark. I suppose if there is a niggling worry it would be the fast ground as he seems to go well with plenty of give underfoot. Stablemate Watersmeet hasn’t faired so well with the draw but has slipped to a nice mark and his turn is not far away.
Dee Ex Bee (2/1 188Bet) – 3.00pm Goodwood (Gordon Stakes)
My best chance of a winner on the day has to be Dee Ex Bee in the four-runner Gordon Stakes. Things haven’t gone right since he was second in the Derby, but this looks the ideal opportunity to get things back on track. We know he goes well here at Goodwood as he won well at this meeting last year, so there are plenty of reasons to be positive.
I suppose he is another one who would appreciate softer ground but hopefully his class will see him through. He stays a lot further than this, so I will look to be positive on him.
Glenamoy Lad (12/1 188Bet) – 3.40pm Goodwood (Stewards’ Cup)
The Stewards’ Cup looks as open as you might expect, and I ride Glenamoy Lad for Michael Wigham. He hasn’t been seen since bolting up on the all-weather in November and this will be tougher off a 10lb higher mark. However, he is trained by a very shrewd man and hopefully he can go well. There are dangers everywhere with Richard Fahey’s Growl catching my eye. He is well-handicapped on the best of his old form and has gone well here before.
West End Charmer (8/1 188Bet) – 4.15pm Goodwood
I rode a nice two-year-old for Mark Johnston earlier in the week and ride West End Charmer for him in the maiden. If I’m honest I don’t know too much about him but he is well-bred and the stable’s juveniles are flying. Duke Of Hazzard brings the best form to the table having been third at Royal Ascot and has had plenty of experience. He will be hard to beat.
Lake Volta (NR) – 4.50pm Goodwood
My final ride of the meeting is Lake Volta, another one for Mark Johnston. I’ve not ridden him since we won at Epsom back in June and he has been busy without winning since. Life will be tough off top-weight here, but I will look to be positive again and hopefully his class will give him an edge.